“…with my running performance improving, it meant fat as fuel was working well…”

“…..for the past twenty years I had consistently been consuming 30 to 40 eggs per week…..”

I first became intrigued by the concept of using fat instead of carbohydrates as the major fuel source, when I was participating in long distance running.

By early March 2013 I had just completed my fourth ultra marathon in Mexico, the distance was 85 km / 50 miles.

This particular race took me ten and a half hour to complete. What fascinated me about switching to a fat metabolism was the huge amount of calories which can naturally be stored in our fat tissue.

I discovered that even a slim person can store in the vicinity of 20.000 to 50.000 calories as fat versus only 2500 calories of sugar stored in the muscles and liver.

Not having to concern myself with running out of fuel during a long run, would be a huge advantage, so I embarked on making this happen.

I came across a way of eating known as the 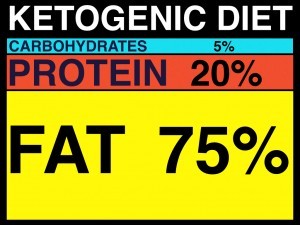 Ketogenic Diet, where the majority of daily food intake is fat.

At first this seemed like a daunting task, how in hell do you consume that much fat and make it palatable?

Some years earlier, I was introduced to a well known cookbook called Nourishing Traditions and Weston A Price Foundation. Here I learnt why eating fat was an essential part of proper nourishment.

It turned out I possessed a major advantage. For the past fifteen to twenty years I had consistently been consuming 30 to 40 eggs per week, so I was already heading in the right direction.

The basic idea of the Ketogenic diet is to restrict carbohydrates to such a degree that blood sugar will start to drop.

With a lower blood sugar, the body will be compelled to start using fat as it’s energy source.

I was very fond of baking my own bread, which meant I continued to eat a few slices on a daily basis.

With what I know today, this was probably hindering my fat burning ability quite a bit, as bread is almost pure carbohydrate and will make blood sugar rise rather quickly.

Back then I was not doing the extensive daily self testing of blood sugar and Ketones as I do today, nor had I grasped what it really meant to be in Ketosis.

Ketosis is a state your body gets into, when fat is being used extremely effectively to make energy.

Exactly what level of ketosis I was in at this time, I do not know, but with my running performance improving, it meant fat as fuel was working well.

I have always done my training runs first thing in the morning, but would sometimes struggle with longer runs, especially beyond 90 minutes.

This scenario completely changed and going past three hours became no problem, at least energy wise, it was still a lot of running.

By June 2013, I seemed to be functioning very well on a high fat diet. Feeling confident with my running performance steadily improving, I entered a half marathon race.

My time of 1 hour and 26 minutes, was not world record breaking, but it was still half decent. I ran the race mid morning, without eating breakfast and only consumed water during the event.

I was eager to understand more about my body and started wondering, what the possibilities were for testing, how good a ‘fat burner’, I had become? Six months later, I would have my answer.