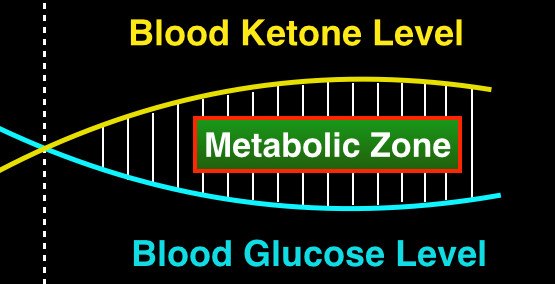 Since my journey began with the exploration of ketosis, I have become increasingly inspired by the work of Thomas Seyfried and Dominic D’Agostino.

Their work is highly focused on the therapeutic value of using the ketogenic diet to maintain a bodily state of ketosis in people being treated for cancer.

In 2013, Thomas Seyfried released his book Cancer As A Metabolic Disease. 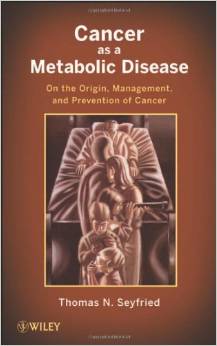 His main premise is that cells turn cancerous, due to their energy producing ability within being impaired, rather than the cause being defective, damaged or inherited cancer causing – genes.

In several presentations (#1, #2, #3) he clearly explains how the nucleus of a cancer cell, (containing damaged genes) can be transplanted into a healthy cell, after which the cancer ceases to develop. This proves why defective genes – cannot be the driving force stimulating cancer growth and development.

Cancer cells have a metabolic flaw, they cannot use fat & ketones for fuel – only blood sugar. By restricting calories, in particular carbohydrates, blood sugar drops lower whereby enormous stress is placed on cancer cells to obtain enough energy for their survival.

Seyfried and D’Agostino are advocating a non toxic therapy, which exploits the inability of cancer cells to metabolize fat and ketones as an alternative fuel source when blood sugar becomes scarce.

The Metabolic Zone is a term they use to describe the bodily state of high level ketosis, shown in their documented research, to effectively assist in weakening cancer cells.

When ketones are above blood glucose/sugar levels        …the body is inside the Metabolic Zone. 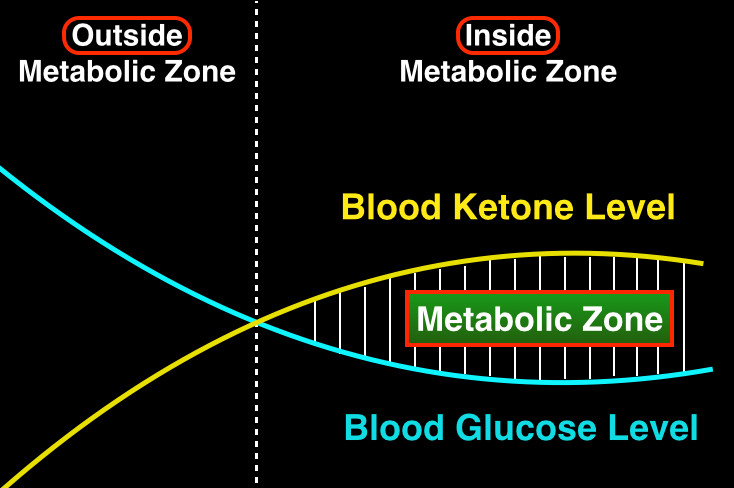 In this presentation Dominic D’Agostino explains their non toxic therapeutic approach to treating cancer and why it is so crucial, that a person being treated with this strategy, to remain inside the metabolic zone.

…you can date back to 400 BC the time of Hippocrates that fasting could control seizures, the mechanism really wasn’t understood until we were measuring ketones in the 1920’s… 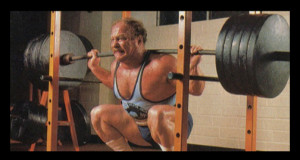 Fred Hatfield – one of the strongest men on the planet, was diagnosed with cancer and told by several doctors he only had three months to live.

Fred used the ketogenic diet to overcome his cancer.

His story, which featured on CBN News includes an interview with Dominic D’Agostino.

Tripping Over The Truth – by Travis Christofferson 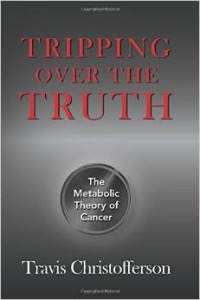 In this interview, Travis Christofferson talks about meeting Thomas Seyfried and writing this brilliant book in 2014.

Being a self proclaimed student, tester and experimenter of aiming to remain in ketosis 24/7, I find myself living in the Metabolic Zone for several hours on most days.

For 6 months, I have been rigorously testing my blood sugar and ketones, kept a detailed log of the results, paid close attention to the effect of exercise as well as the foods which seems most beneficial to raising ketones and keeping blood sugar low.

My continues experiment/study which involves daily adherence to close monitoring, requires a rock solid conviction that all of the money spent on blood sample test strips plus effort and time applied to the study of ketosis is all worth while….

….I believe it is….and the best is yet to come.

Living in the Metabolic Zone is something I more or less stumbled into. While studying the numbers of my daily blood tests, I noticed that on most days I would be inside the zone at some point.

Being in the Metabolic Zone feels like…..well, being in the zone! Not only is this bodily state highly beneficial by aiding to weaken cancerous cells – it also amplifies one’s experience of daily living.

Below is my detailed account of three consecutive days living in the Metabolic Zone.

” The most perceivable benefit inside the metabolic zone is a sense of unlimited mental energy. “

In The Daily Ketone Advantage I compare the feeling of being 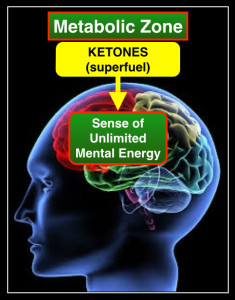 in a high state of ketosis to operating on ‘five espressos a day, without the shakes.

This very obvious and strong effect, is most likely related to the description which Richard L. Veech  and George F. Cahill, Jr attributes to ketones in their article Ketoacids? Good Medicine?

“…the principal ketone, is not just a fuel, but a superfuel more efficiently producing ATP energy than glucose or fatty acid…”

(From the abstract of Ketosis? Good Medicine?)

A heightened mental state is apparent at lower levels of ketosis, but I find it much more prominent once I’m in the metabolic zone.

“Equally advantageous is the suppression of hunger, allowing more focus on any task at hand” 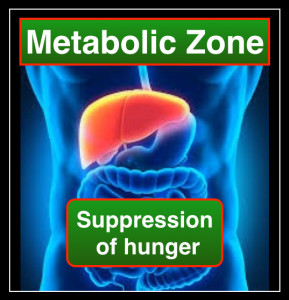 In the metabolic zone, one’s body is obviously metabolizing fat (dietary & body fat) into energy at a very high rate. It could be stated that fatty acids and ketones, have now become the predominant fuel sources for the body, instead of blood sugar.

Because this high fat burning state is synonymous with limited/low glycogen stores, it seems very likely, that once no more food is left in the digestive system for conversion into energy, the suppression of hunger is due to the ease at which stored body fat is able to be metabolized.

“Time & time again, I find the metabolic zone a potent antidote for feelings of depression and distress “ 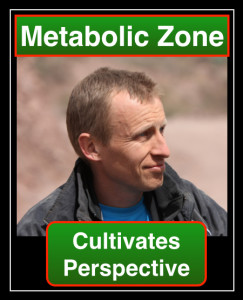 Never having been formally diagnosed or taken medication for depression, but being someone who still goes to a dark place in his mind where tremendous doubt in my own abilities to simply sustain oneself sets in, is something I’ve struggled with over the years.

From exclusive personal observations in myself, I have found the ‘euphoric’ feeling of being in ketosis to help cultivate a sense of perspective, whenever life gets a bit daunting and gloomy.

As with the perception of enhanced mental energy from ketosis, I find the ‘euphoric’ sensation most eminent when ketones get to a more elevated level, as when inside the metabolic zone.

“Does the presence of ketones help to control blood sugar?”

There is some speculation, which suggests, that by maintaining a relatively low blood sugar level together with the presence of ketones, contributes to greater insulin sensitivity or in some other way may help to better utilize and control blood sugar.

I decided to investigate how my body would handle a sudden high sugar load if I started out with a high ketone level – especially the effect it would have on my ability to maintain ketosis.

A high intensity workout, normally causes a spike in my blood sugar. On the day after loading up on sugar, there was no significant blood sugar rise after my morning hill sprint session, indicating a big change in my body chemistry. 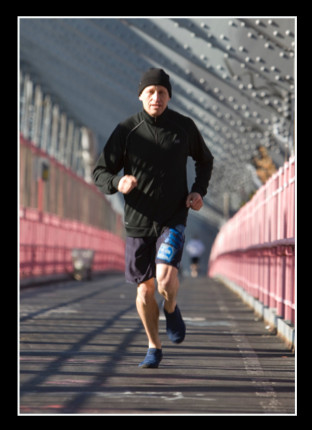 As a consequence of “sugar loading” the day before, I now had access to much more “locally stored sugar” in my muscles, ready to fuel the sprint workout.

Because my liver did not have to release it’s glycogen reserves into the blood stream during the sprint session, there was no big spike in my blood glucose level.

Comparing this workout to previous sessions, my results was very similar, neither better or worse.

The ability to successfully “fill up” my muscle glycogen stores and match my usual workout performance, implies a very flexible metabolism, which can adapt to a sudden change in fuel.

Just as noticeable, is the observation that I performed no better after sugar loading, than I normally do on my regular very low carbohydrate diet – with limited/low muscle sugar stores.

Arguably, the above statement is made on very thin ice, being a “one moment in time” case study – combined with the likely fact of my physiology, being favorably “set up” to metabolize fat rather than carbohydrates & sugar at present.

From the outset of eating chocolate biscuits my blood sugar rose rapidly (83mg/dl to 183mg/dl) over the next 52 minutes. I felt mostly fine, except for a little nausea, which could be expected, given the small time period I consumed the whole packet in.

Judging by how energized I felt following my big sugar intake – with no subsequent crash highly suggests the majority of sugar was converted to energy very efficiently.

Had my energy level instead waned soon afterwards, it would have indicated a lesser ability, of my body to burn up the sugar as energy. The end result would alternatively have been the synthesis (making) of fat in my liver and to some degree excretion of excess sugar by the kidneys into the urine. been turned into predominantly body fat by my liver and to some degree,

Being able to maintain ketosis (1.3mmol/L) in unison with high blood glucose (190mg/dl), was an intriging outcome and observation.

This may have been possible, due to the fact, that I have remained in an almost unbroken and relatively high state of ketosis for at least six months.

By ketones being so consistently present in the blood stream, my body may have evolved to prefer and depend on them as a major fuel source over time ?

Did my blood ketone level of 5.5 mmol/L, at the outset of the experiment, enhance my body’s ability to shuttle the enormous sugar load into my cells for energy use, thereby preventing an energy crash and a subsequent synthesis of body fat from the sugar consumed?

2 thoughts on “Living In The Metabolic Zone”