” …..your brain can only derive it’s energy from blood sugar or ketones…..”

“…..unless your liver makes ketones, a high fat diet cannot be sustained…..”

Eating a Ketogenic diet, which is high in fat 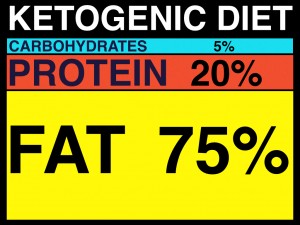 Because blood sugar is primarily made from the carbohydrates we consume, it will of course start dropping to a lower level, on a ketogenic diet.

All of the body’s muscles and organs can use fat instead of blood sugar as energy – except the brain. ahahaaahhaahahah 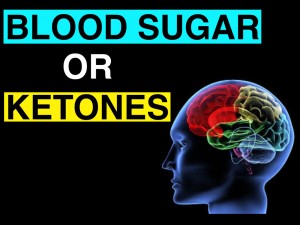 The Brain can only derive it’s energy from Blood Sugar or compounds called Ketones.

Ketones are made by the liver from fat consumed in the diet and stored body fat.

If the brain starts to demand more energy and sufficient blood sugar is not available, either due to a low carbohydrate diet or food restriction in general, the liver will make fat into ketones. 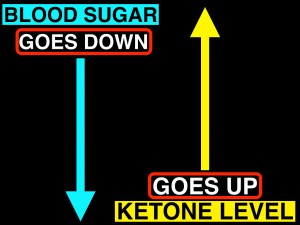 Energy supply to the brain must be maintained at all times for the body to function.

Ketones can be viewed as an essential energy source, when carbohydrates are restricted in the diet and sufficient blood sugar cannot be made to cover energy needs of the brain.

The argument that ketones are also a superior brain fuel, is a topic covered in The Daily Ketone Advantage. haaahahahahaahahahahaha 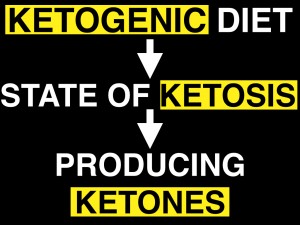 If you eat a ketogenic diet, your body is in a state of ketosis, at which point you are producing ketones.

There are various stages of ketosis, according to the level of ketones present in your blood stream.

The terms above are taken from the book The Art and Science of Low Carbohydrate Performance.

In the Optimal Ketone Zone which may also be referred to as Nutritional Ketosis, it is estimated that Ketones are being utilized most effectively as energy in the brain.

With Starvation Ketosis, fat is being converted into Ketones at a higher rate. This can occur in a scenario like fasting or if eating a high fat and very low carbohydrate diet on a consistent basis.

It is very easy to measure your own ketone level.

A monitoring meter like the Precision Xtra will tell you instantly what your blood ketone level is.

This meter is developed for diabetics and can measure both ketones and blood sugar.

The blue strips shown here are used to test blood sugar, while the purple are for ketone testing.